Skip to content
EPISODE 003: HOW SHE BECAME YOUR FAVORITE NBA PLAYER’S FAVORITE PHOTOGRAPHER WITH CASSY ATHENA 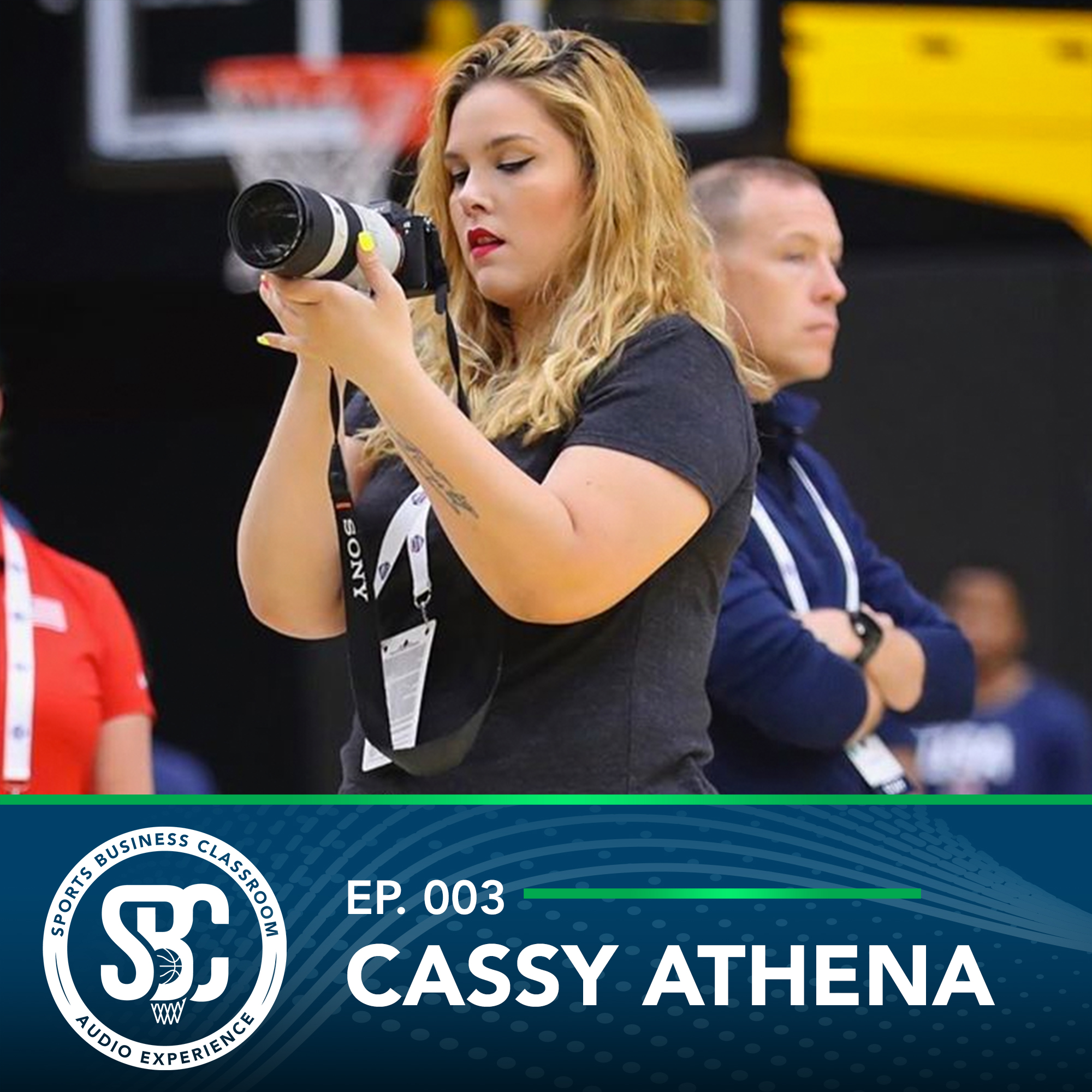 HOW SHE BECAME YOUR FAVORITE NBA PLAYER’S FAVORITE PHOTOGRAPHER WITH CASSY ATHENA (EP. 003):

In today’s episode we sat down with your favorite NBA players favorite photographer, Cassy Athena.

In this episode we will talk about:

Cassy Athena is a professional NBA photographer and entrepreneur, & has overcome some pretty remarkable things along the way. Her work has been published in Sports Illustrated, Samsung, Billboard, Red Bull, Fox Sports, Dime Magazine, Slam Magazine, NBA, Under Armour, Nike, Jordan Brand, Monster Headphones & more. She has worked exclusively with the biggest NBA athletes & has helped with branding/marketing to many athletes and entertainers. It wasn’t only LeBron James, who drew nearly two million likes on Instagram for balling out at Chris Brickley’s basketball runs in New York City; Cassy Athena was there, like always, capturing the magic. She even followed Steph Curry & his family at the 2016 NBA Star Game in Toronto for Under Armour.