They have a top-three pick in the 2020 NBA Draft, significant players returning from injuries, and NBA Finals experience from just last season. Indeed, the team responsible for the three seasons before the 2019-2020 NBA campaign being commonly referred to as a “foregone conclusion”, the Golden State Warriors, have been an afterthought for many when considering who could de-throne the now reigning-champion Los Angeles Lakers. The point is not that the majority of NBA fans don’t believe in Stephen Curry, Klay Thompson, Draymond Green, and the number two overall pick, but that they likely briefly forgot them when thinking of 2021 NBA championship contenders after far more unproven teams such as the Los Angeles Clippers, Denver Nuggets, and Houston Rockets. Maybe all fans need is a reminder of the combination of experience and potential on the Warriors.

To further review the past performance of this Warriors roster, Steph, age 32, is obviously a two-time MVP, and one of the most influential players in NBA history and needs no further introduction. Klay, age 30, has never averaged less than 20 points per game on 40% 3-point shooting and 7 attempts per game since his first of five-consecutive all-star seasons in 2015. Draymond, age 30, is a former Defensive Player of the Year, a five-time All-Defensive player, and a two-time All-NBA player. Additionally, he averaged over 6 assists in every season since 2016. Andrew Wiggins, age 25, although he has the reputation for putting up “empty stats”, averaged 21.8 points per game last season. Wiggins also brought along with him the weakly protected 2021 Minnesota Timberwolves 1st round draft pick, which is only top-three protected in 2021 before becoming unprotected thereafter. Those four players already combine for $130,156,691 of the Warriors’ 2021 salary cap table according to Basketball-Reference, but that’s where it pays to also have young assets.

There’s a ton of noise around where the Warriors will go with their top pick. They executed their so-called “gap year” remarkably. After the fourth game of the 2020 NBA season, the former back-to-back NBA champions were without their two-time Finals MVP and famous splash brothers once their other former MVP broke the second metacarpal in his left hand according to CBS Sports. This sidelined Steph until his fifth and final game of the season in March. Now although the Warriors have won a championship without Durant, besides the injured key players, the rest of the 2021 Warriors roster is polar opposite from the 2015 title team. They have 6 of their 2020 rookies on the roster for next season, including 1st team all-rookie forward Eric Paschall. Even though 6 second-year players don’t bode well for championship contention, Paschall is evidence that taking flyers on young talent can contribute towards sustained success. Hitting on a low-risk swing like Paschall, allowing their all-stars to return to full strength, earning the number 2 pick in the draft, and bringing in another 20 points per game scorer and a lightly protected pick in a better draft class are reasons to believe in the Warriors chances moving forward. That highly-coveted draft picks may be best served flipped for veterans. However, even if they don’t trade their first-round picks for someone more proven to limit their luxury tax bill, another all-rookie candidate on the roster could play an important role for the Warriors. After all, if the rumors of the link between them and James Wiseman are true, he may be an immediate upgrade at their only starting position with questions. Regardless, a team with the Warriors’ proven commodities, unlikely flexibility, and young talent should never be underestimated.

About the Author Devin Zanskas: 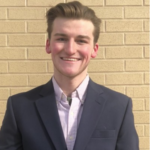 Devin Zanskas is a 23-year-old and who was born and raised in Milwaukee, WI. He graduated from UW-Milwaukee in May 2020 with Bachelors of Business Administration, majoring in Finance and minoring in German Business. Currently, he works for MillerCoors as a Payroll Analyst in their Finance Department. Upon completion of Sports Business Classroom 2020, Devin launched “Knuck If You Buck”, the Milwaukee Bucks Podcast brought to you by the Hoop Heads Podcast Network. When Devin is not working, writing, podcasting, watching NBA games, hoopin’ in his driveway, or playing NBA 2K, he prefers to spend his time with his family and friends, exercising, going on hikes, watching the Sopranos or Avatar: the Last Airbender for a throwback, and listening to anything from Simon & Garfunkel to A Tribe Called Quest and anywhere in between.