“Get it out the mud” is a term often associated with those that had to grind for everything.  This is especially true for 2nd round NBA draft picks.  Often times they’re drafted by teams with established veterans and coaches that have a firm idea of their player rotations.  Then there are times when a guy may have an opportunity to contribute given the right circumstance.  This is certainly the case for Xavier Tillman.  Xavier Tillman Sr. is a 6’8 250lb forward from Michigan State.  Through a draft-day trade from Sacramento, he has now landed with the Memphis Grizzlies.

Xavier comes to the Grizzlies as an upperclassman which illustrates that he is somewhat “seasoned” to make a quicker transition to the pro game. Many times, as a 2nd round pick and just the NBA in general you get underclassmen young guys that need time to get acclimated.  Xavier’s pedigree coming from Michigan State also helps his transition as well.  Michigan State has a long line of examples showing their program builds pro-ready players.  Beyond that, the Grizzlies will be without one of their top big men in Jaren Jackson Jr. for a period of time to begin the season.  Therefore, if Xavier can come in and show the ability to contribute then the Grizzlies could have another gem on their hands.  By the way, Jaren Jackson is a former Michigan State Spartan as well!

Memphis likes to play fast with their young group and the defensive numbers reflect that.  They were 2nd in the NBA turning defense to offense.  They were also 13th in defensive rating, but their length and athleticism gave them a boost in scoring in transition plus upping their defensive rating.

Personnel wise, Xavier should fit right in.  His physicality, intensity, and instincts should show up right away.  Combined with the fact he comes in with a more mature skill set for the pro game.  He competes on the defensive end which should catch the coach’s eye.  He is reasonably mobile as well and able to handle his own when switched out onto period players (situationally).  He is the Michigan State all-time leader in blocks and was the Big Ten DPOY.  He averaged a double-double with 13.7pts and 10.3rebs per game.  Xavier displays a nice touch around the basket and his physical nature allows him to do the necessary dirty work down low.  The pick and roll is also a plus area for him diving to the basket. He won’t be a starter but as a 2nd rounder, he can provide a spark in the Grizzlies’ second unit off the bench.  Oftentimes 2nd round picks have to fight for their moment and Xavier is built for it.  Memphis may have found a gem.

About the Author Lawrence Brooks: 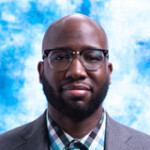 Lawrence Brooks is a Seattleite now residing in Los Angeles. LB is an avid basketball watcher and aspiring basketball analyst. Breaking down players, the game, and roster construction is his favorite exercise.
By Sports Business Classroom|2020-12-08T15:44:18-08:00December 8th, 2020|News|0 Comments