The Houston Rockets are among the more difficult NBA franchises to grasp from a managerial perspective. Now former general manager and head coach Daryl Morey and Mike D’Antoni are leaving a roster almost perfectly crafted for their specialties. D’Antoni’s vision of an all-offense no-defense roster was matched by Morey’s outright refusal to bring in a center or even power forward that would ever receive consistent playing time. Now, the Rockets are being led by a new coach with a roster that is not equipped to handle his wholesale changes.

This also comes on the heels of the news that Russell Westbrook is looking to leave Houston after only one season. Trading Westbrook will be difficult for the Rockets as his stock has dropped like a stone. He sits on an albatross of a contract that will pay him over $41 million this coming season. Any team taking on such a lofty number will have to throw the Rockets several lofty salaries themselves, which hardly solves any of the Rockets’ flexibility issues.

Eric Gordon is also sitting on a large deal that keeps him under contract through the 2023-2024 season. In short, Stephen Silas’s roster is what it is and won’t change much unless the Rockets can acquire several reasonably paid big men in exchange for Westbrook. One potential option could be a deal with the Orlando Magic, who have a logjam in their frontcourt between Aaron Gordon, Nikola Vucevic, and Mo Bamba. A deal centered around Vucevic and Westbrook could give the Rockets the size they are desperate for, and give the Magic their first true name-brand player since Dwight Howard.

A complete teardown is nearly impossible as long as James Harden remains on the books. Trading both Westbrook and Harden is unlikely, but the Rockets are now stuck in the same kind of salary cap dungeon they were in when Morey took over the Rockets, only this time they don’t have his ability to swing Kevin Martin’s contract to the cheap Oklahoma City Thunder for true superstar talent.

About the Author Evan Siegel: 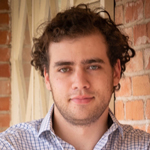 Evan was born and raised in Dallas, where he quickly became a die-hard Mavericks fan. His interest in sports goes back as far as he can remember and expands into football, baseball, hockey, and soccer. Evan is the play-by-play voice of the University of Miami’s football, basketball, volleyball and baseball teams and has written for Fansided.com for five years. He has worked professionally for the Washington Nationals and Texas Legends of the NBA G-league and continues to be affiliated with University of Miami athletics. Evan also is a major in jazz guitar and has been playing since early childhood.